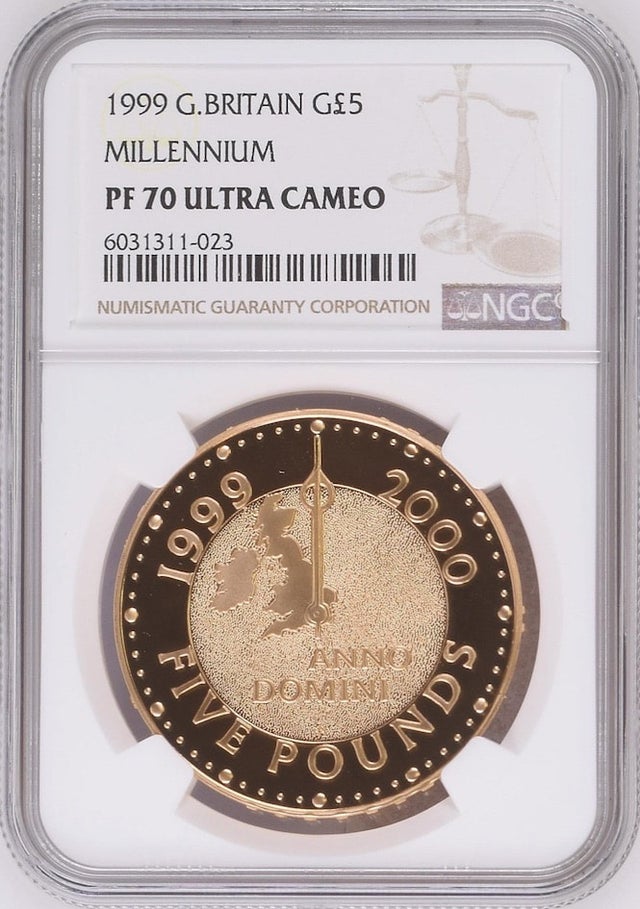 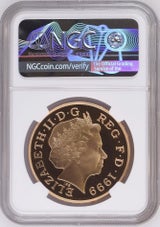 This Millennium Crown was created by the veteran stamp designer Jeffrey Matthews in partnership with the engraver Robert Evans. The representation of the dial of a closk with hands set at 12 o'clock imposed on a map of the British Aisles.

Along the edge of the coin is a quote from The Tempest by William Shakespeare, which reads: WHAT'S PAST IS PROLOGUE. The quote suggests the opportunity for change, and Matthews hoped this design would symbolise the potential that the UK has going into the 21st Century.