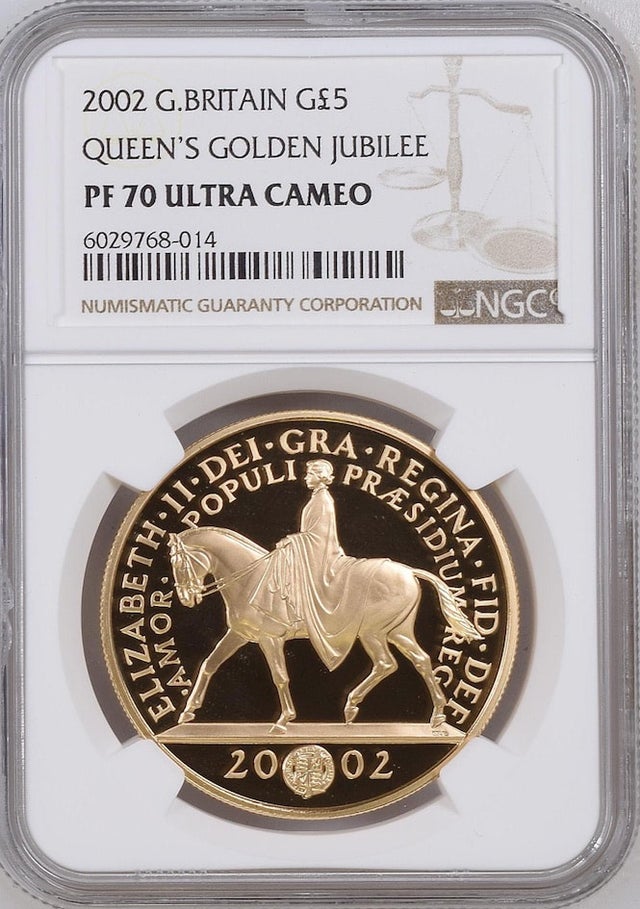 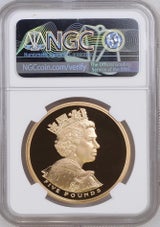 Shows a portrait of the Queen in robes and diadem, the work of Ian Rank-Broadley FRBS, FSNAD, the artist who created the Royal portrait approved for the circulating coins of the United Kingdom from 1998.

Produced for the Queen's Golden Jubilee, the 50th anniversary of her reign. In keeping with the designs of the 1953 coronation crown, and the 1977 silver jubilee crown, the queen is shown on horseback by Ian Rank-Broadley.