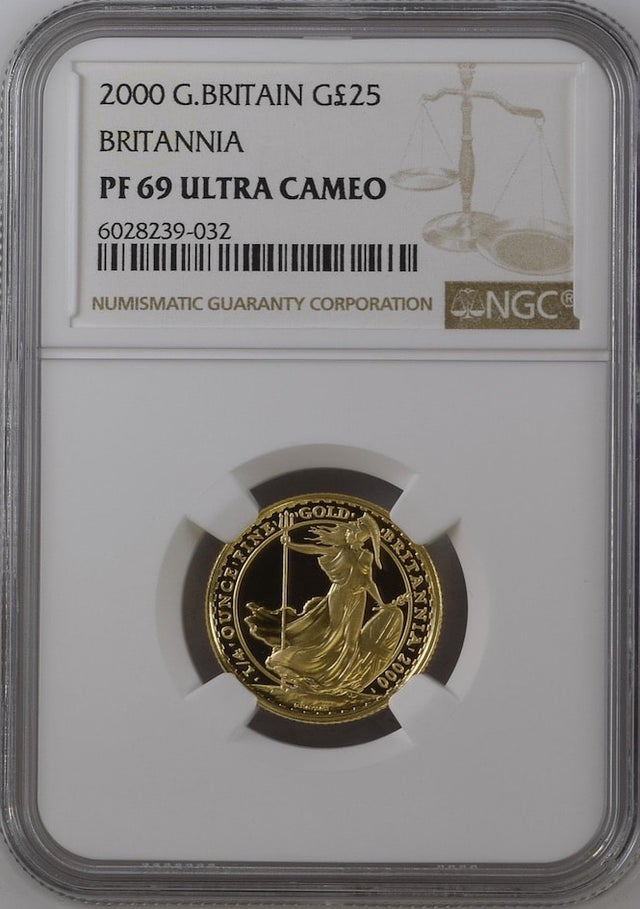 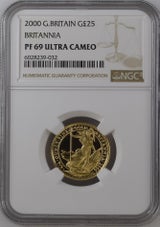 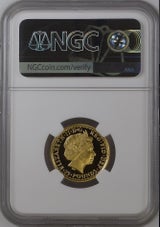 The artist's name P. NATHAN is in relief in small letters on the rock under Britannia's feet.