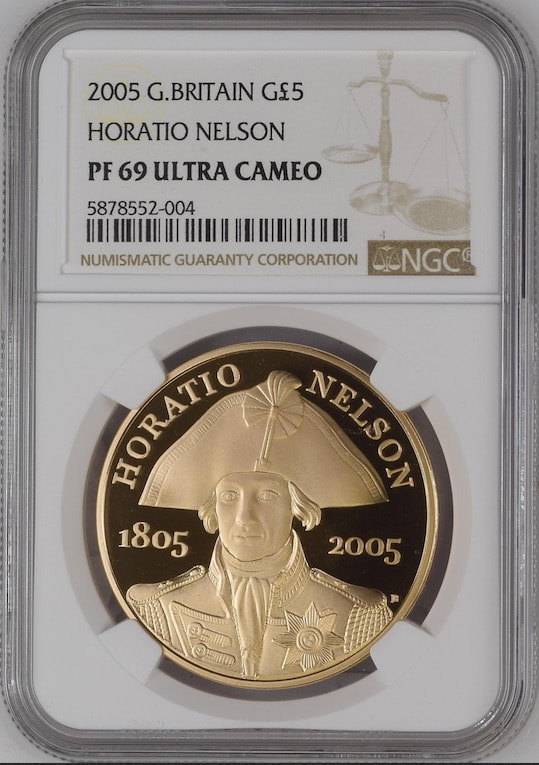 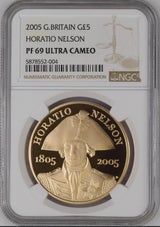 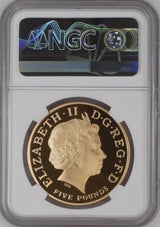 This 2005 commemorative crown was issued to mark the 200th anniversary of the death of Vice-Admiral Horatio Nelson. This hero of the British Royal Navy led Great Britain to a number of victories against Napoleon's French navy where he lost an eye and an arm in combat.

He was fatally wounded onboard his ship, HMS Victory during the Battle of Trafalgar. After his demise, a number of monuments were erected to honour one of Britain's most heroic military figures including Nelson's Column in Trafalgar Square, London.