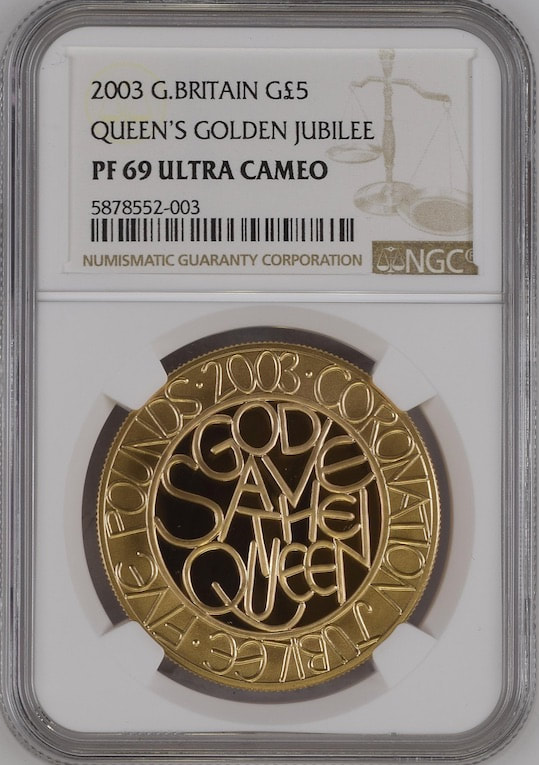 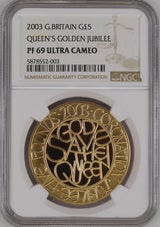 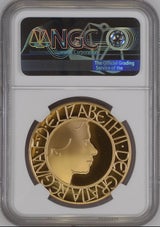 Click here for the grading certification and population report.​

Both sides of the coin were designed by Tom Phillips whose works for the Royal Mint also included the special edition Samuel Johnson 50p proof gold coin and the 2016 Shakespeare £5 coin.

On the Reverse, the coin dipslays 2003 Coronation Jubilee Five Pounds around the outer rim, with 'GOD SAVE THE QUEEN' as a centre inscription. The Obverse has a profile portrait of Elizabeth in linear form, with the traditional words 'ELIZABETH II DEI GRATIA REGINA F D' around the edge. This translates to 'By the grace of God, Queen'.